Four Ways We are to Shepherd our Groups 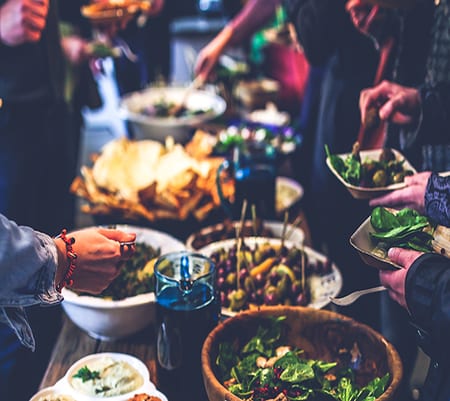 The elders of the church were put in place to shepherd the congregation in the same way we as small group leaders are to shepherd our portion of the church. Although we are not that familiar with shepherds in today’s society, God chose shepherds throughout the Bible to lead His people. Abraham, Jacob, Moses, and David were all shepherds chosen as leaders by God. Jesus even referred to Himself as a shepherd: “I am the good shepherd. I know my own, and my own know me” (John 10:14).

Here are four ways we are to lead as shepherds for our groups:

Jesus (the ultimate shepherd) set the example as a leader who always had compassion for His followers—even when it was most inconvenient.

We see in the book of Matthew Jesus withdrawing for time alone to grieve immediately after receiving the news of the death of John the Baptist, but He still could not escape the crowds.

When Jesus heard about it, he withdrew from there by boat to a remote place to be alone. When the crowds heard this, they followed him on foot from the towns. When he went ashore, he saw a large crowd, had compassion on them and healed their sick. (Matt. 14:13–14)

Even though Jesus had every right to not care for another person at that moment, He saw sheep without a shepherd and had compassion for them. There will be many times as a small group leader where a member of your group will have a need at the most inopportune moment. It may be a phone call late at night. It may be someone who wants to stay after group to talk. It may be someone at church who needs to grab time in the lobby during the service you are about to attend. While inconvenient, it’s at those times where we have to remember the compassionate example of Jesus.

“When he has brought all his own outside, he goes ahead of them. The sheep follow him because they know his voice” (John 10:4). A leader that people will follow is a leader willing to go first. This may mean sharing a vulnerable story with the group to set the example of authenticity. The group will model the behaviour you display. If you want your group to be open, open your heart first. If you want the group to serve, serve them first. Leading from the front does not mean dictating direction. It means setting the example for others to follow.

There will be times when leading your group will be a sacrifice. Jesus said, “I am the good shepherd. The good shepherd lays down his life for the sheep” (John 10:11). While your sacrifices will probably not involve laying your life down for someone, opening your home to a group of people weekly is a sacrifice. You have to keep the house clean, put up the pets, pull out all the extra chairs, make sure there is food, etc. It’s exhausting to host a group! You will need occasional breaks to not burn out, but that sacrifice of time and effort will lead to a group that bonds through consistency.

At the end of our time as leaders, we want to know we led our flock well. We can look to Jesus, the Good Shepherd, and follow His example of shepherding His flock. Though we will not be perfect, we want to lead from the heart, lead with compassion, lead from the front, and lead sacrificially.

Lead Your Church To Love Your City

LEARNING TO LOVE OUR NEIGHBOR IN A GLOBAL PANDEMIC